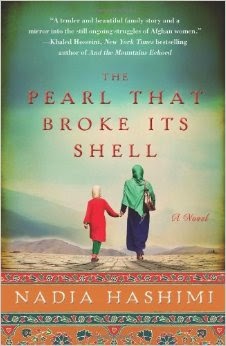 I was excited to have the opportunity to review two new novels by Christina Baker Kline, author of Orphan Train. The first one, Sweetwater, I must admit I approached skeptically because the setting of the novel is just down the road from me in Sweetwater, Tennesseee. Kline was born in England, after all, and grew up in Maine and the "American South." Who says "American South"? Surely not anyone who knows anything about the South. 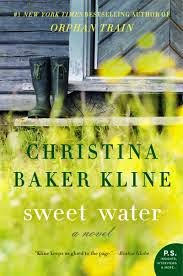 I was prepared for a stereotypical portrait of a small town in East Tennessee, where everyone is a dumb redneck or a suppressed genius who dreams of getting out of the small town but gets pregnant instead. I was pleasantly surprised to encounter almost none of the silliness that often accompanies contemporary novels set in the South. (There was once scene, early on, in which the main character hears singing from local churches as she drives down Interstate 81 on a Sunday morning. Nope. I've been on I-81 a hundred times, and there is no singing to be heard above the traffic from cute little churches along the way. That was a romanticism I could have done without.)

Sweet Water is the story of Cassie, a sculptor in New York City, who inherits the family homestead in Sweetwater, TN, upon her grandfather's death. Cassie knows almost nothing about this side of the family; her mother died in an accident caused by this grandfather when Cassie was a little girl, and bad feelings abound. But Cassie is at that stage in life when she needs to make major changes or suffer a bland and directionless life, so she moves from NYC to rural Tennessee.

Interspersed with Cassie's story is that of her maternal grandmother, whose chapters reveal a woman trapped in a miserable marriage to Cassie's philandering grandfather. There are all kinds of family secrets surrounding the death of Cassie's mother and the events that led up to the accident, and Cassie is determined to find them. First, she has to crack her grandmother's tough shell.

Somehow Sweet Water really resonated with me. Part of it was Cassie's determination to find her place in her extended family. Having a large extended family of which I've never been a part, I understand that desire to be included—to know the secrets and the back stories that everyone else knows so well. I liked that Cassie and her grandmother managed to break through the barriers and finally share some truths. And again, I appreciated Kline's treatment of rural Tennessee. It was neither overly sentimental, stereotypical, nor critical. 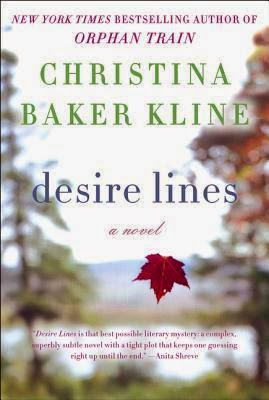 I just finished Kline's Desire Lines, which I read in about a day because I couldn't put it down. The story centers on the mysterious disappearance of Jennifer, the perfect girl-next-door who disappeared the night of her high school graduation. Ten years later, her best friend, Kathryn, comes back home to Bangor, Maine, when her live unravels. She's given the task of writing an article about Jennifer's disappearance, and, in doing so, Kathryn has to come to terms with how little she knew about Jennifer and how little she knows about herself.

Again, Kline touches on familiar areas to me. And again, a lot of that has to do with back stories and reflecting upon what was really going on way back then. You know that feeling, when peering back into one's life, that you really had no idea what all was beneath the veneer? That so much else was going on, and you wonder how you could have been so oblivious—or, sometimes, so intentionally ignorant?

Sweet Water and Desire Lines are both fantastic books for when you need a fast read that sucks you in and keeps you captivated. Neither books is a literary masterpiece. They both have some holes that leave you kinda wondering what just happened. But I'm OK with that. Kline is an excellent writer. Her dialogue is great and her whole exploration of the story-beneath-the-story really appealed to me.

Posted by Sarah at SmallWorld at 8:03 AM No comments: