Book Review: Autobiography of Us 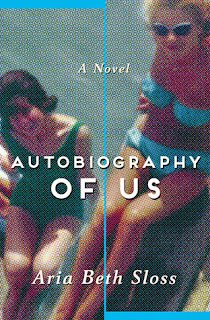 This debut novel by Aria Beth Sloss tells the story of a lifelong friendship that probably should have been ditched in college. One friend is independent, the other is clingy and needy. The setting: California in the 1960s, and, yes, it is just as stereotypical as all those 60s images floating in your head right now. I believe the main character even hangs out in Haight-Ashbury at some point in the novel.

But still, I read the whole novel, and I have gotten to the point in my life that I will toss aside novels that feel like a complete waste of time. Sloss writes well, but she tried to cram way too much into this novel. The characters were really quite defined in themselves, but their relationships were not clear. Why were these women even friends ever? She skipped over that whole part mostly. I needed their friendship to have a more solid foundation in order to justify such a relationship that one's whole life revolves around. The motivations were unclear. I ended the novel feeling like I missed something—the essence of the story was lost. Everyone was just too depressing and resigned without any clear reasons. I want some kind of resolution in a novel, some redeeming quality.

I always feel apologetic when I give a negative review, so let me end on a positive note: Aria Beth Sloss has it in her to write a fantastic novel, and even now she's published a novel that a lot of people really like, according to the amazon reviews.

Posted by Sarah at SmallWorld at 8:50 AM No comments: