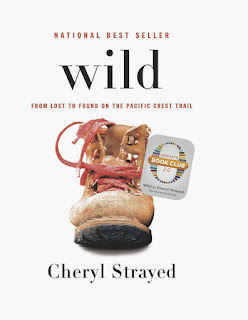 Wild by Cheryl Strayed.
The story: This is Strayed's memoir about "finding herself" on the Pacific Coast Trail. Strayed was a recently divorced woman in her mid-20s whose mother/best friend had died a few year earlier, completely unhinging Strayed. She found herself in a dangerous cycle of sex and drugs and decided to free herself by backpacking the trail. The memoir details her life before the trail and then her hike itself, including the cast of characters she meets along the trail.
Me: I've had this on my reading list forever and am grateful that it was picked as one of my book club's alternate reads for this year. I really loved it. Strayed wasn't exactly a likeable or even necessarily relatable person to my 50-year-old self, although I am sure my mid-20s self would have said something entirely different. Regardless, I am totally jealous of Strayed and her amazing journey. To think that she set out on this journey with so little knowledge of the how-to's of backpacking, without ever even taking a practice hike-- that just amazes me. I'm so proud of myself when I finish an 8-mile hike! She has utterly inspired me to set some major hiking goals and to really test my own abilities. Also, she's a great writer. I loved her anecdotes and her candid, no-holding-back style. Highly recommended, although there is a lot of language and sex. 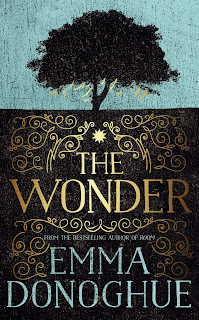 The Wonder by Emma Donoghue.
The story: A nurse trained by Florence Nightingale herself is hired to be part of a 24-hour watch on a young girl who might just a the newest miracle in her tiny Irish village. Anna is a wonder, and people are coming from far to pay her homage. She hasn't eaten in 4 months, existing only on "manna from Heaven." Nurse Libby Wright's job is to verify that Anna indeed isn't eating: is someone sneaking food to her, or is she truly one of God's chosen?
Me: Donoghue's Room was absolutely stunning, so I was super excited to read The Wonder. I was initially surprised by how utterly different this novel was from Room—the subject matter, the setting, the characters. The first part of the novel was extremely slow moving and even rather repetitive. I honestly was a little confused by what was happening, but I think  that had to do mostly with my lack of focus and initial interest in the topic. But the second part of the book picked up and I was excited about reading it as the characters became more fleshed out. I ended up enjoying the novel but it definitely wasn't a favorite of the year. 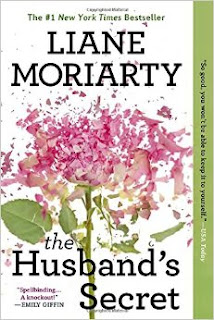 The Husband's Secret by Leane Moriarty
The story: One morning Cecilia Fitzpatrick, owner of a perfect life, finds a letter from her husband to be read after his death. She can't get the letter out of her mind but promises her husband she won't read it. In another household, Tess is blindsided by her husband and her best friend/cousin by the announcement that they have fallen in love with each other. She takes her little boy and heads to her mom's, enrolling her son in the same school where Cecelia's own children go. And Rachel is an older woman who had the unthinkable happen to her nearly 30 years ago: her teenage daughter was murdered and the killer never found. Their stories all come together ultimately in a way I didn't see coming at all.
Me: I loved this book! I read it over the course of a day (yay for holidays!) and was completely satisfied upon finishing it. The characters are wonderfully rich and relatable; their stories were compelling enough on their own, but put together—wow! I was completely wrapped up in the novel and really hardly came up for air. It's not a happy book but so worth reading. Highly recommended.
Posted by Sarah at SmallWorld at 11:59 AM

I loved Wild! It made me want to hike the AT (on the other side of the country) some day. Perhaps when the kids are grown and gone. It would be a great challenge for myself.
Rebecca @ The Portsmouth Review
Follow me on Bloglovin'

i loved Room but still not sure whether The Wonder will appeal or not. I need to read a book set in a wild place for a reading challenges I've signed up for this year. Sounds like wild might fit the bill.

The Husband's Secret is one of the few of Liane Moriarty's books I have left to read. I've heard it's terrific and I've loved her others that I've read (Three Wishes, What Alice Forgot, Big Little Lies, Truly Madly Guilty - all fantastic). Thanks for your review of Husband's Secret!